Florigen and its homologs of FT/CETS/PEBP/RKIP/YbhB family may be the enzymes of small molecule metabolism: review of the evidence

Background: Flowering signals are sensed in plant leaves and transmitted to the shoot apical meristems, where the formation of flowers is initiated. Searches for a diffusible hormone-like signaling entity (‘florigen’) went on for many decades, until a product of plant gene FT was identified as the key component of florigen in the 1990s, based on the analysis of mutants, genetic complementation evidence, and protein and RNA localization studies. Sequence homologs of FT protein are found throughout prokaryotes and eukaryotes; some eukaryotic family members appear to bind phospholipids or interact with the components of the signal transduction cascades. Most FT homologs are known to share a constellation of five charged residues, three of which, i.e., two histidines and an aspartic acid, are located at the rim of a well-defined cavity on the protein surface. Results: We studied molecular features of the FT homologs in prokaryotes and analyzed their genome context, to find tentative evidence connecting the bacterial FT homologs with small molecule metabolism, often involving substrates that contain sugar or ribonucleoside moieties. We argue that the unifying feature of this protein family, i.e., a set of charged residues conserved at the sequence and structural levels, is more likely to be an enzymatic active center than a catalytically inert ligand-binding site. Conclusions: We propose that most of FT-related proteins are enzymes operating on small diffusible molecules. Those metabolites may constitute an overlooked essential ingredient of the florigen signal. 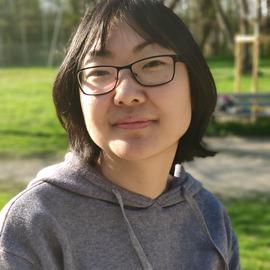 I’m a group leader of Computational Genomics and Transcriptomics group. I focus on the BMBF funded Sys_CARE project about alternative splicing in cardiac and renal diseases. I graduated from Lomonosov Moscow State University and did PhD in Kharkevich Institute in Moscow at professor Gelfand lab. There I studied the evolution of transcriptional regulatory networks in bacteria. During my PhD I shortly stayed at Stowers Institute for Medical Research, Kansas-City, where I went on working on regulation of bacterial metabolic pathways. As a research scientist, I worked in Skolkovo Institute of Science and Technology, Moscow on 3D chromatin structure analysis.